MetroPlan Orlando is preparing a task order for its transportation consultant to conduct a study of this project using federal funds provided by the Florida Department of Transportation. The study, which will include public participation components, is expected to take about a year to complete.

The realignment of Silver Star Road, which is also known as State Road 438, was a major component of the long-range vision for Downtown Ocoee. In addition to removing the two-block offset at Ocoee-Apopka Road, this project would construct roundabouts at two critical locations: Bluford Avenue and Franklin Street. The realignment of Silver Star Road in the Ocoee-Apopka Road area would result in relocating the Franklin Street intersection further west, where it would also serve as a future terminus for an extended Oakland Avenue. Since Silver Star Road is a state highway under the jurisdiction of the Florida Department of Transportation (FDOT), only that agency may actually undertake changes to the roadway. The City Commission dedicated $445,000 of the General Fund Bond proceeds to paying half of the cost of a preliminary engineering design evaluation effort that would be needed for FDOT to look at alternative alignments and configurations. However, since that time, MetroPlan Orlando and the FDOT have jointly decided to first commit to doing a planning-level effort to explore the long-term needs for Silver Star Road through Ocoee. No city funds are needed to undertake this 12-month planning process, which will involve significant citizen input elements. 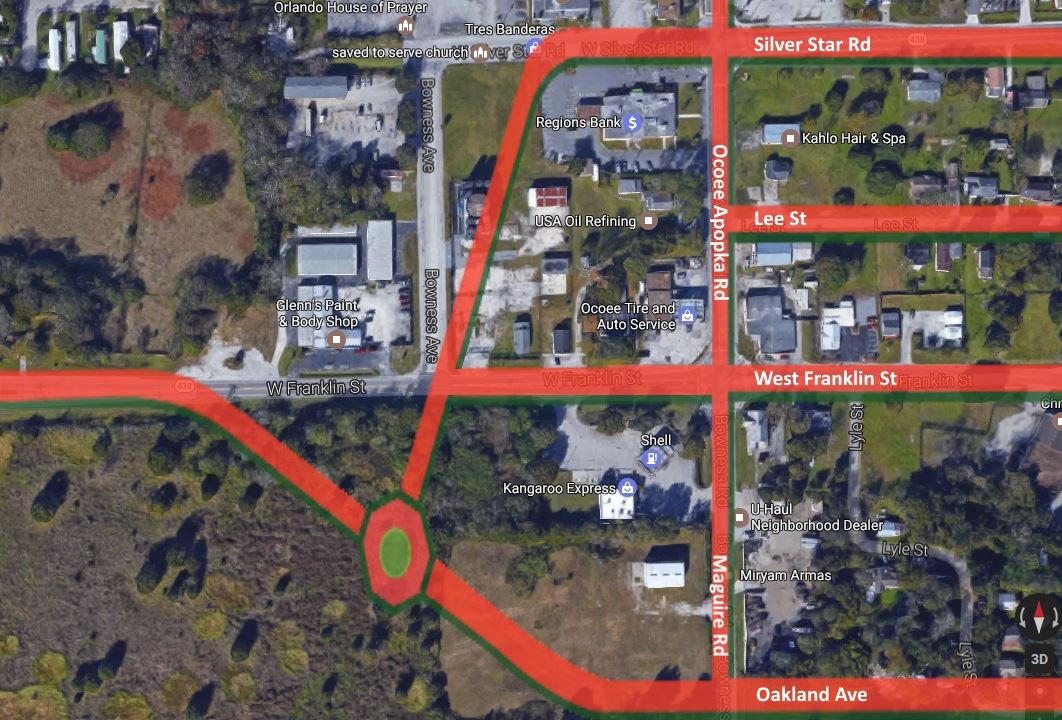 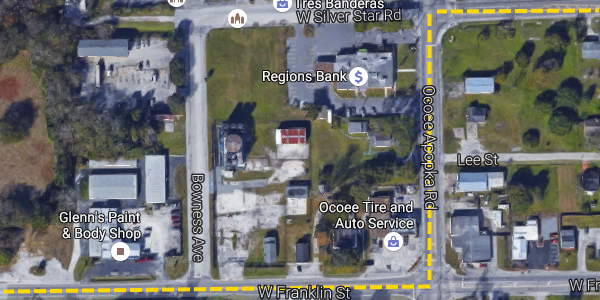 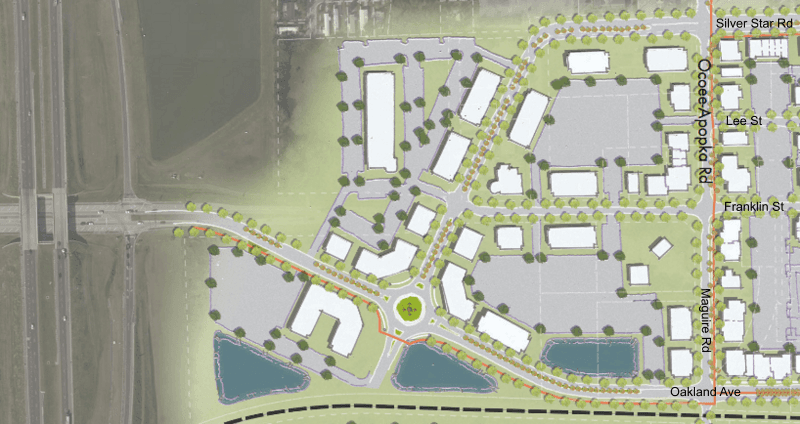