Engineering Design Services were awarded to CPH, Inc., under RFQ Number 1705 at the July 18, 2017 Commission meeting. Public Works and Utilities Departments have negotiated the project scope and contract for City Commission approval on December 5, 2017. This project is part of the Downtown Streets Redevelopment program with design to commence immediately following Commission approval. City is reviewing construction delivery methods to determine the most expedient option for completion.

The project will cost an estimated $1,672,000 from the general bond funds. Until such time as development requires the extension of Oakland Avenue and McKey Street further west, Taylor Street will continue to form the western boundary of the main downtown area and, with Franklin Street, serve as the path from the SR 429 interchange to downtown Ocoee. This project will continue the West Orange Trail Connector from Oakland Avenue to Franklin Street and add a traffic circle with gateway structure at the project terminal intersections located at McKey Street and Franklin Street. Kissimmee Avenue will be relocated away from the railroad tracks, where it presently shares a right of way between Floral Street and McKey Street. This project constructs the final segment of the West Orange Trail Connector along Franklin Street between the SR 429 interchange and Taylor Street. Plant Street sidewalks in Winter Garden would allow pedestrians to reach the West Orange Trail. A second, direct connection to the Trail at Chapin Station is proposed for construction after realignment of Silver Star Road. 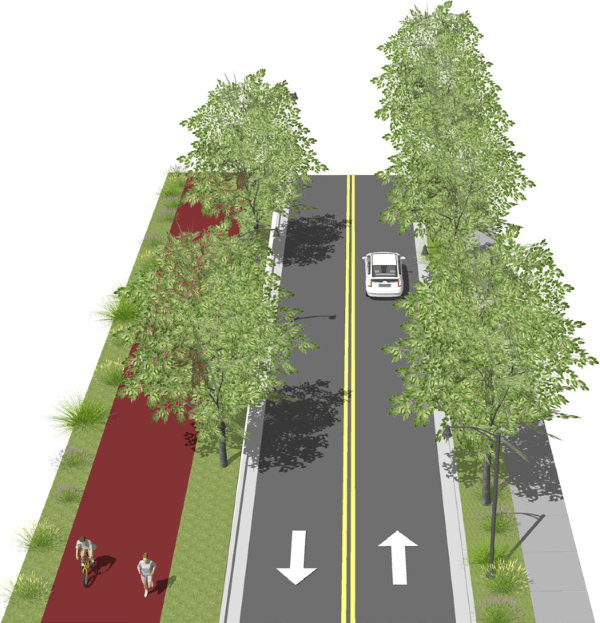