The Community Redevelopment Agency (CRA’s) main development regulatory approach is form-based, which is founded on the physical structure of the built environment rather than the types of land uses that are permitted. A form-based code is based on design principles. Creating a form-based code begins with understanding the physical, social and economic conditions of the community. Since the CRA provides an environment for people to interact, it requires a different approach to planning and zoning than the tradition principle of separating land uses.

The goal of the Target Areas Regulating Plan is to ensure that the resulting form based code protects and enhances the most desirable places in the CRA, while requiring new developments to complement the character of the community. It is important that new standards maintain a consistent vision and philosophy for development and redevelopment within the CRA. One of the core concepts for CRA development is the design of its future streets, which are described using typical cross-sections. 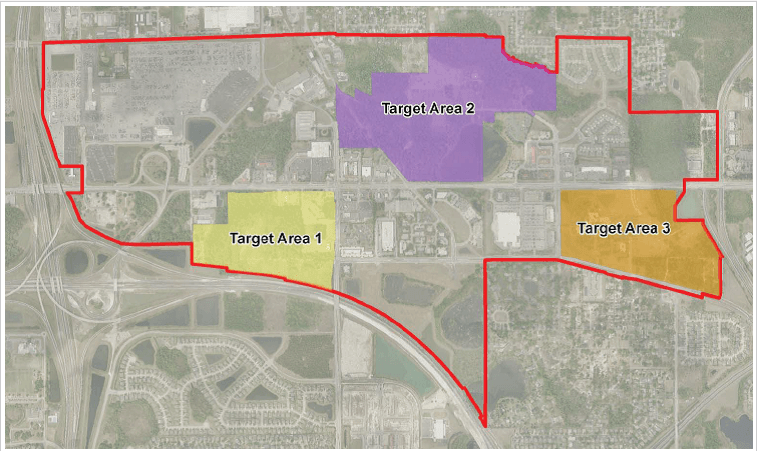 News
Action Request
Contact Us
News
City home
Site Tools
Back Up
Under Florida law, e-mail addresses are public records.
If you do not want your e-mail address released in response to a public records request, do not send electronic mail to this entity.
Instead, contact this office by phone or in writing.
[]